Fantasy When The Dragon Girl Fell In Love 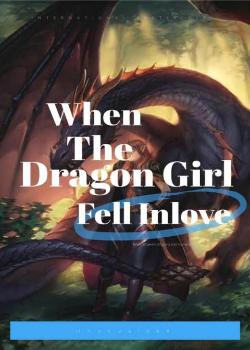 When The Dragon Girl Fell In Love

One thousand years ago, Kunshiya kun was the king of the Dragon clan, an empire built with blood and enmity, after fighting with neighboring countries for hundred years Kunshiya kun won the heart of all the dragons in Atakar and he was named The dragon king, his Queen Tekiya was a beautiful and proud woman, she controlled the inner palace and made sure that no concubine laid any imperial egg successfully.... Kunshiya was sad and lonely because of his inability to produce heirs, his ministers always brought the topic up in the royal court which made him really bothered... Salsa was a Dragon slave whom he had met against the war with the east dragon country, the bounty dragon was a white scale dragon with dark green eyes, her lustful eyes caught Kunshiya’s heart , after a night with her ... He ordered her to be kept in a secret mansion outside the city because of Tekiya’s spies.... Kunshiya almost forgot about the White dragon until he dreamt of her talking and touching him.. “My king, we are going to have some hatchlings” Salsa whispered to Kunshiya in his dream. “My king I miss you” He couldn’t forget the vision he had last night, immediately the next day he sent for the Royal astronomer .. “My king, the vision is true! The moon goddes really have blessed you with hatchlings” The Royal Astronomer relayed In the inner palace a spy was seen whispering to a lady with a crown on her head, it was Queen Tekiya, after receiving the news Queen Tekiya smirk roared!! “ if I can’t lay any hatchlings, No imperial slut is allowed to give hatchling, as long as I’m in power I will kill them all”