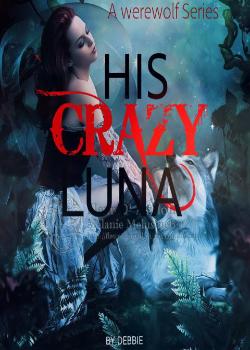 Nolan lost his parent and was attacked by some Rogues. He was saved by a group of warriors, led by a young girl in a mask. He could feel the connection and is sure she's his mate. She left before he could say a word. A few years later, he became the ruthless and most feared alpha, and yet he is the kindest of all alpha. How he kept both characteristics were unknown to many. Nobody knows him as the ruthless alpha because of his mask. He was gentle in the morning and ruthless at night. The only thing that connected him to his ruthless self is the fact that they both have no mate. What happens when fate brought him and his mate together and he got rejected by her. She doesn't love him but she is madly in love with the ruthless alpha. ** I smirked. "So, funny you're my mate" She hissed. "And so?" I batted my lashes. This girl has got guts. I hid my anger already building up. I lean on her locker and she growled. I smirked. I love to see her get angry. "That makes you mine" She chuckled but suddenly stopped. She folded her hands and glared at me. "And who told you that?" "I know so. You've been chosen as my mate by the moon goddess" She laughed. "Sorry to burst your bubbles mister, I reject you!!". I batted my lashes. Did she just rejected me in public?. She turned to leave. I watched her walked away and I stood rooted to a spot. It's so surprising I got rejected by my mate. Male alphas are known to reject their mates but in my case, I am the alpha who got rejected by his mate.