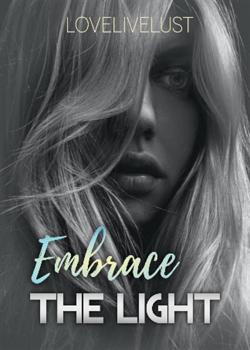 Supernatural steamy romance series: 1. Embrace the dark 2. Embrace the light 3. Mated to the dark lord 4. Fallen for the king "Walt..." I looked at him, my hand trailed his chest. I was biting my lip, I need him. It felt like I need him to make me forget. It felt like a familiar thing to do. But I still wasn't sure that he wanted us to happen the way it was intended to. But then he cupped my jaw and kissed me. His lips touched mine, his facial hair tickled my face softly. I was opening my lips, as his thumb stroked my cheek. "You need to stop me, Flo, we shouldn't be doing this." He whispered hoarsely in my ear. ****** Flo was abused and misused by her parents because of her ability to see the future and see the dead. Until one day she runs away and finds herself in Walter's protection. She had all the right feelings for him, but he kept pushing her away until she finally left. Then he realized that he needed her more than he knew. ***** Walter had been let down by the universe over and over again. He had to rebuild himself from his lowest moments several times already. He was trying to be strong, and he was finally happy for the first time in his life, only to be fucked up majorly as fate decided to take his wife's life before their first anniversary. He was rebuilding the tallest wall he had ever made, but Flo slowly tearing it apart and making him doubt himself. ***** Will he finally have a happy ending, or will fate screw him again? *Rated for 18+ due to strong, explicit language and sexual content*