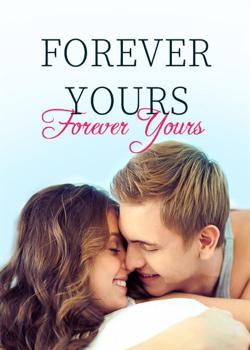 A great marriage doesn't happen when the "perfect couple" gets together. It happens when an imperfect couple gets together and learns to enjoy each other's differences. Six individuals with different personalities. Three imperfect couples who have been asked to be together... let's find out their stories. Will they fall in love with each other or will they eventually abandon their marriage? ~~~~~~°~~~~~~~°~~~~~~~°~~~~~~~   Cold, rude, arrogant and narcissistic. This is how Sophia Yzabelle describes the man she married, Daniel Kelley. Due to her traumatic past and seeking justice, she agreed to marry him despite his rude personality. They hate each other from the very beginning but have had no choice but to get married as they both need the agreement for their own benefits.     The question is how long could they stand facing each other? Will they eventually admit their feelings or will they continue to be stubborn towards each other? * * *     Despite having everything she needs in life, it doesn't stop Madielyn Davis for completing her bucket list of dreams. So she applied for a job as a Personal Assistant to the CEO. Little did she know that her rude yet handsome boss, Gabriel Wilsons, will offer her a life-changing deal and that is to become his wife for a year.     Uhm... marrying someone who doesn't love you back is hard, but how about marrying someone for an agreement and the reason---he just wants to get his ex-girlfriend back, isn't it more painful.     Yes, it is, but she still agreed to marry him because she believed she could still change his mind for the revenge he's planning for his ex-girlfriend. But something happened during the process as she ended up falling in love with him.     Will Gabriel be able to return Madi's love or will he prefer the person he loved first? * * *     When she turned 18, a free-spirited young woman, Arrianna Angela, signed the most stupid contract and arrangement in her life. And that's marrying her brother's best friend and first love, Alexander Jonathan Smith. But here's the twist... he's rich, handsome but one of the certified womanizers in town.     But what they didn't know is not only the contract they signed can be called stupid, but so is she, who still found herself deeply in love with him even though he left her alone in their marriage for four years.    And now that he's back, can she still believe the man who made her feel worthless for a long time or like the past years she's been waiting, she would still accept and continue to love him despite everything that's happened?