Romance Bullet In The Heart 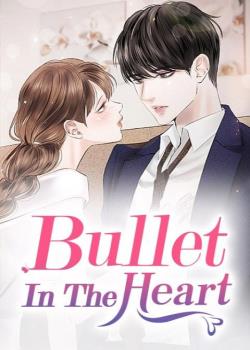 Bullet In The Heart

To protect her mother and young brother, Jessie had no choice but to accept the blind marriage her father had arranged for her. But just before she could tie the knot, her fiance abducted her because of a mysterious accident she got involved in the past. However, Cupid has never stopped being mischievous as Jessie unexpectedly fell in love with him. Unbeknownst to Jessie, getting married into that family would stir and trigger the unfathomable drama and power that she would endure her whole life. Overwhelmed with conspiracy, misunderstanding, and love affair, she thought that happiness would finally come to her after all the drama has come to an end. But to her dismay, another blow totally defeated her. Where did her love go?

View More Comments on App
Latest Release: Chapter 387 Thank You Note   12-07 18:25
1 Seek Wealth By Selling His Daughter
2 Kill A Man At Midnight
3 Kidnapping (Part One)
4 Chapter 4 Kidnapping
5 Chapter 5 Mr. Mark Would Kill You
6 Chapter 6 Mr. Mark Became A Slave In Love
7 Chapter 7 Domestic Violence
8 Chapter 8 The Impressive Apology
9 Chapter 9 You Are The First One
10 Chapter 10 Professor or Beast
11 Chapter 11 Intentional Homicide !
12 Chapter 12 The Affectionate Proposal
13 Chapter 13 No One Could Touch Her
14 Chapter 14 Divorce Right After Marriage
15 Chapter 15 The First Day Living In The Villa
16 Chapter 16 The Ownership Of The Lin Group Has Changed
17 Chapter 17 In The Name Of Love....
18 Chapter 18 I am Sorry! I Love Him
19 Chapter 19 The Evil Beast
20 Chapter 20 A Coward And A Puppet