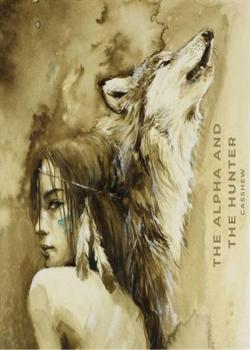 The Alpha and The Hunter

The story begins after Atlas Castellanos's girlfriend Valeria Cirillo is killed by Werewolves. Since then, his life has become aimless, and only the Werewolves he murders provide him with closure for the death of the lady he loves. He has also reached the stage in his life where he is not scared to die, just as he is not frightened to slaughter. One day, Atlas's heinous slaying got to the knowledge of the current Alpha of the Werewolves. He instantly directed his daughter Sariya Vouvali, their race's prospective Alpha, to investigate Atlas, and to bait him into her trap by tempting him to fall in love with her, then when the man felt at ease with her, that was the right time for her to kill him. But not everything is in control. What will happen when Sariya enters the realm of Atlas, who has never wanted to be a part of the Werewolf race? Then, what will happen when Atlas, a Werewolf Hunter, discovers Sariya's actual identity? What is their connection to each other? What is the relation between Sariya's and Valeria's identities? Is there any chance that Valeria, Atlas' most adored woman, will be raised from the dead? What will happen to the developing feelings of the Destined Alpha and a Werewolf Hunter? Find out.