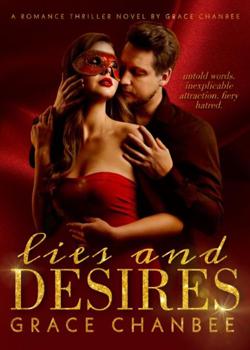 “Three things cannot be long hidden: the sun, the moon, and the truth.” – Gautama Buddha. When Harmony Winters stumbles upon her incredibly sexy and attractive neighbour, she realises a little too soon that he was the seasoning she needed to spice up her life. However, being in a healthy relationship meant that she had to stay as far as she possibly could away from him, but with each moment they spend with each other, it is glaring that she might not be able to resist temptation, especially when it was irresistible. Hired as a private investigator for the murder of a crime committed four years ago, Rhys Anderson is confident that he would be done with the job in a couple of weeks. Being a man used to success, he hopes to close the deal with no hassles. What he never expected, though, was to be thrown into the world of a seductress disguised as a top-model with millions of followers...a world which saying goodbye to was going to be harder than he thought. Perhaps, they weren’t a match made in Heaven, but they had one thing in common: They both had ugly pasts, and when that past threatens the present, leaving behind only broken promises and regrets, they must stand together to conceal the truth at all cost with a new emotion called hate...but can they? Will they?