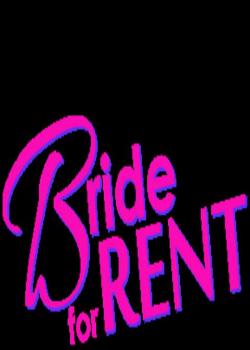 A one night stand changed her life. A marriage contract did the most.

Alicia Young, a billionaire businesswoman that controls an empire was a huge fan of popular singer, Braxton. A night of pure bliss turned to more when Braxton couldn't stay away from her. With Alicia's ex husband and daughter in the picture she had to tread carefully. What will happen when the public started coming for Alicia? Or when Alicia's ex husband returns? Find out the pure addiction in this age gap romance book, you won't be disappointed. 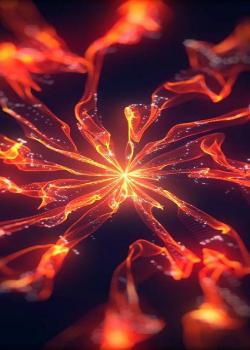 “ Do you believe that love can survive through the centuries, to the many lifes that we live ?? I remember you, your eyes, your touch, your smile from the first time we meet!!! Centuries ago! I remember the feeling of seeing you dying, following you into abiss and coming back again just to lose you once again! And our vows: together..always & forever!!!” And I will keep my promise: I will find you again! Even if it will takes me many lives! Wait for me” Adam P.V I’ve wake up this morning after another heavy night. This dreams are more and more intense, night by night. I have wake up soaking wet, with my mind full of image if that magnificent women, standing in front of of the window with a cup of coffee in her hand

After his mother is sent to a mental asylum, Sineas Murphy and his aunt relocate to the quiet neighborhood of Malrich. But just a decade later, a ruthless killer begins terrorizing the once peaceful neighborhood, chopping up their victims like a demented chef, severing limbs from torso with distinct precision with an axe. Sineas battles between fitting in to his new school and becoming one of the prime suspects of these horrendous and unspeakable murders that occur in the neighborhood of Malrich, with no one else in his corner, except Clarissa Sherman, the only person he grows to trust. Love, friendships and bonds are tested in this gruesome and tragic tale

Fated To The Terrible Man

A young girl named Rosalie Holland People know her as Pink,collided with Rex a wealthy CEO who has a fiancee He claims to love her What happens when she got pregnant? Will he accept her or leave her to suffer? Find out more 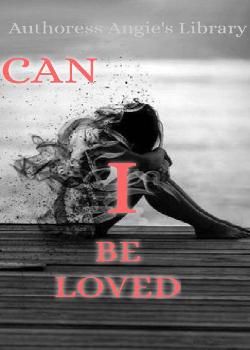 Can I Be Loved?

Blood is thicker than water.

It talks about two identical twins who went through difficult situations because of their parents conflicts. 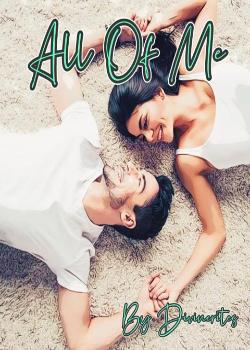 Single mom, Diana is on the run from her psychotic baby daddy. She ends up landing a waiting job in order for her to take care of her daughter. What happens when she crosses part with billionaire business mogul Aaron Stone and they can't seem to get enough of each other? Will she give in to his advances or will her broken heart be unable to love again?

It was class reunion time and Ummie Anderson was not ready to face her high school sweetheart Brandon White. He left her to pursue his dream while she was pregnant with their daughter. Now it was seven years later, she has raised a beautiful and talented daughter and she didn't want anything to do with him... until he comes back to town that is. Old feelings start to emerge as she spends more time with him. Could she give him a second chance? Brandon Cherry realized he made a huge mistake leaving Ummie the way he did. She was as lovely as he remembered, and she had a beautiful daughter. He wanted to be back in her life but would he let her back in? Miracle did not want to go to her high school's class reunion nor did she want to see the face of the man who broke her heart. Johnny Wilson. She should have been over him and the fact that he slept with her sister before they were to get married. She should have been over him and yet when she sees him old feelings reemerge. Could she learn to forgive him and move on? Bethany Williams had married the big bad boy of high school Brendan Williams. They have been married for almost eight years now with a now an eight-year-old daughter. But lately Bethany has been feeling sick and she was losing weight. When she goes to the doctor she learns the sad truth. 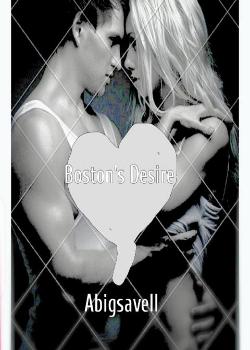 Boston is a 25 years old man who likes to play around women, he always makes promises he can’t keep. He meets a rich woman who is older than him and promises to be in a relationship with her without any marital promises. Now Boston is in love with a new girl, how does he get out of this entanglement between two women? She moves closer to him, and his heart skips a beat, his throat suddenly becomes dry and he swallows hard. The mere scent of her makes him gapes for air, I have never felt this way for any woman, what is this feeling of want? I want this woman, but what about Miranda? Well, I never promised her anything. 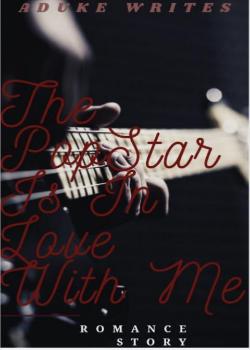 The PopStar Is In Love With Me

Synopsis Meet Hana, the most unlucky person in the world. She considered herself unlucky when she found out she was pregnant just two weeks after she lost her fiancee and the father of her unborn child. She moved to the city where she birthed her children Mina and Momo. She got herself a job as the PA of Teddy, a rude cold model and the leader of a music band, The Phoenix. Life working for Teddy wasn't easy for Hana but she slowly finds herself falling for this engaged boss of hers. Grab your popcorn and ride on with me in this awkward love story. 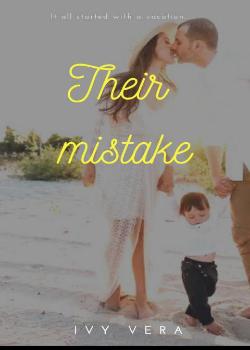 Mary Jane is a young lady who had a traumatic experience at childhood which led to her becoming a single mother at 15 years of age . Her god father organized a vacation in New York, he convinced her to go only for her to discover that she's to live together with her childhood crush who she still had harbored feelings for. 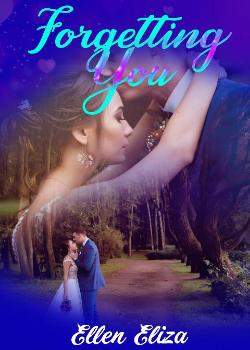 Hailey Bloom is valley view high school's most popular girl. She is the envy of the girls and a sight for the sore eyes of the guys. She is beautiful, sexy, alluring, intelligent, bold, confident and gracious. She has everyone's attention when she walks. Jason Michaels is the schools nerdy boy with the big glasses and huge backpack. He has a huge crush on Hailey and is unable to speak out so he resorts to giving her secret gifts. But like they say, don't judge a book by its cover. Behind her popularity,Hailey was a messed up, broken and a drug addict. Years later they meet under bizzare conditions. Jason runs away from his marriage ceremony. Hailey is left homeless after she attempts to escape her demons despite being pregnant. They meet. Jason delivers her of her child. They separate only to meet again. Hailey's determined not to let herself fall in love. Jason is determined to forget his long time crush. They both are left in a dilemma to choose between forgetting their demons or forgetting each other? 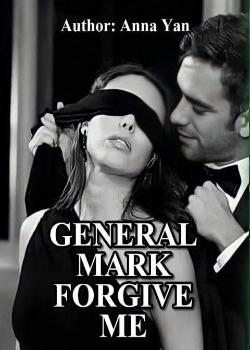 Her love is all for him. He also loves her, but because of a misunderstanding, he does not acknowledge that love, he tortures her body and spirit. He pushed her away for others, despite her always begging for his forgiveness... 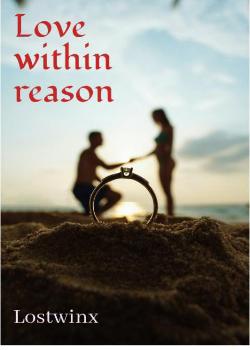 Bad decisions often lead to bad circumstances..but what about the outcome? Is it always bad...or something fruitful? ••••••••••••••••• A story about two broken souls...Aarti and Prithvi whose lives are brought together by an unusual twist of fates as they both need each other to survive.. What they don't expect is the growing and repulsive attraction they feel for one another.. Will they fight it? Or is there something more which will threaten their lives? Find out in this tale of complex relationships and haunting pasts.. 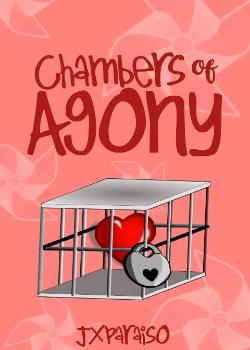 Ashdale Traia Montessori thought that after getting linked with Fereo Jaizer Cleviste everything will be good. Only if they know that it will be the start of their agony. 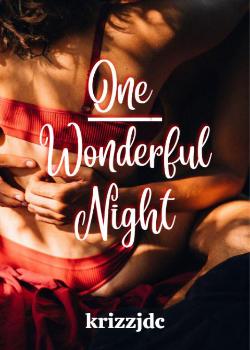 Farrah Nicolah Abraham was been cheated and betrayed by the two most important people whom she loved and trusted. Sadness, pain, and a crushing sensation were too much for her that she badly wants to forget it. One night with the desire of not feeling that pain, she just found herself giving her femininity to a stranger. But little did she know the cycle of fate. Will Nicolah withstand the awkwardness when the guy she once slept with turns out to be her boss? Flynn Noah Lewis, the owner of the famous and high-end FN Lewis Restaurant was the guy whom she has given herself on that one wonderful night. 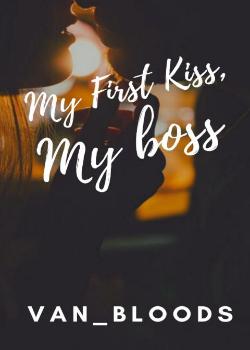 My First Kiss My Boss

Abby has come to terms with a dare that she doesn’t expect to change her life. She would not think that just because of a dare would ruin his life. What if she found out that the man was the man she had long cursed and didn't want to see anymore. Will she be able to handle it? Especially if this guy is going to steal her kiss and most of all be her boss. 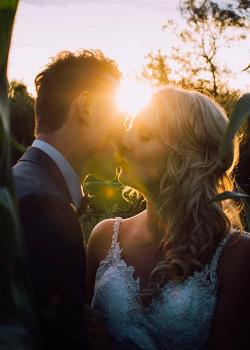 Jenna is running with her kids. She needs a new start. Boy does she find it and some stuff about her past she never even knew! 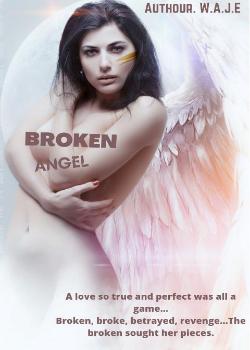 N/B book contains dark and huge smuthood. Might be offensive to sensitive readers. A beautiful, savvy and adventurous young heiress faces trauma after trauma which seems to occupy her life. Her life takes a bittersweet encounter when she meets the heartless and insanely possessive Kessler Blackwell. She finds herself in a whole lot of pandemonium and a new world of crisis. Will this crazy man be her flashlight? Or will Kessler just be another knife like the others that cut her deep and added to the many that brought tears to her eyes, burns in her lungs, and hunger to her soul?