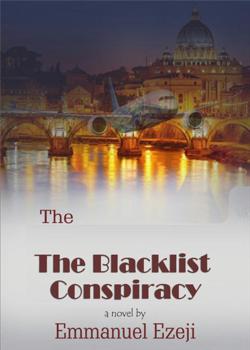 The syndicate, a clandestine network of some world leaders, elites, Politicians and wealthy specialists is engaging in another strategy to reduce the world population and enriching themselves by releasing a new strain of virus ‘Ravid-21’ in different parts of the world starting with Africa. Amara mistakenly switches her computer suitcase with one belonging to The Syndicate while on her way to vacation with her fiancé Derek in Dubai. Now she must race against time and professional assassins to uncover the heinous exploits of The Syndicate documented in the Blacklist and stop the spread of the virus. 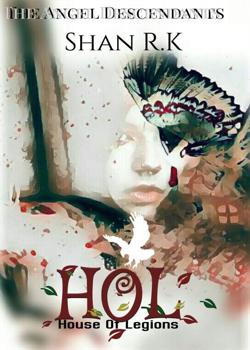 HOW FAR WILL HE GO TO PROTECT ONE GIRL, WHO IS DESTINED TO BRING FORTH THE END OF TIME William Blackwell has roamed the earth, thriving in both the human world and descendants Realms . He has watched emperors rise and fall in their own blood, and fought battles alongside Lightwatcher's, Elvans, Shifters, Fairies, and Casters. None of which matters now- It didn't prepare him for the hardest battle of his life. It didn't prepare him for Clare Miller, the Lightwatcher hunted by Angels and Demons. After a severe head injury eight years ago left Clare Miller with no recollection of the first ten years of her life, retrieving the unattainable, is exactly what it is, UNATTAINABLE. Her only source to link her to her mysterious past is her overbearing, tight-lipped mother. Clare has no idea the deadly power that surge's through her veins waiting to be unleashed onto the earth. A horrific event leaves Clare with no option but to rely on her estranged brother, Nathan, and an enticing fire Angel, Kalbreal. Hunted by Tempters and Angels, Clare's only hope is the man who walks in her dreams, a man of no face, but eyes of the deepest blue dipped in the finest cut of diamonds, William Blackwell. The race to the end begins. Angels and Demons will fight for their rights while one girl will bring the heavens to her knees. Touched by the heavenly hand itself, Clare Miller must uncover her destiny in PART 1 in The NEW Epic fantasy: The Angel Descendants 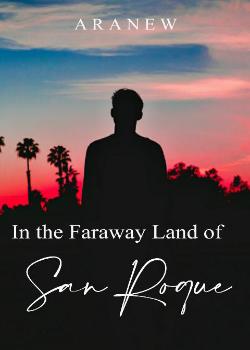 In the Faraway Land of San Roque

Witness the adventures of the stranger Alfredo in the town of San Roque, and how each mysteries buried by previous generations unfold before him. Two centuries later, the people resting in the old cemetery of Sitio Batumbakal will once again be disturbed, and the secrets long forgotten by the people living in San Roque will be revived... 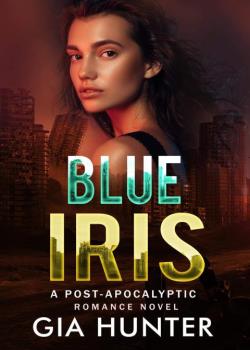 Amidst the depth devastation of an unknown deadly virus, Iris Clayton escapes and seeks refuge from the group of pandemic survivors protected by a strikingly handsome and badass Colt Snow. Iris is drawn to him, and there is more to this mysterious man than meets the eye. After the loss of his brother, Colt doesn't give a damn about a vulnerable woman than protecting his group. But action speaks louder than words. Every time he looks into her terrified unique blue irises, Colt finds himself trapped in those depths and only knows one thing—he feels the strong urge to risk his life and protect her from whoever is hunting her. After all, Blue Iris might be the only hope of humanity and survival. “I was wrong to think that there was no humanity left in this world anymore.” _Iris Clayton 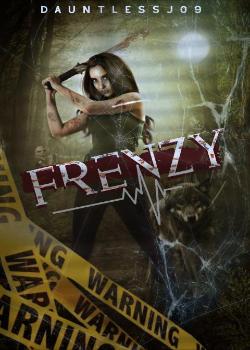 WORK OF FICTION "Let's do this." Says Azie through gritted teeth as she stares to her acquaintances and gave each of them sharp looks and a nod. - Amara Azrail Freyja known as Azie 17, high school student from Marie university who'll spend 2 hours inside the detention room after kicking some bully's ass along with the headmaster's son- Arius Claeg and his little circle of friends. Little did they know that, everything started to fall into chaos as they soon found out what happened outside the soundproof average room. 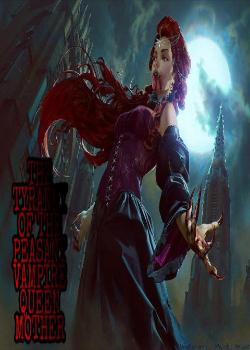 The kingdoms of Oregon with each kingdoms in the shape of a cross pointing at each cardinal direction. In the middle of this kingdom is an evil domain with his vampire ruler Dracula. He wages merciless Attacks on four kingdoms in other to turn them into creatures of the night of his own image however an unknown hero name Oregon fought and in a decisive strike. He seals Dracula's soul driving the evil creature further into the domain with a promise to return. The story revolves around the mc Arslan Wigglesworth's an hybrid Werewolf and his adopted sister Alessia Bumi- a vampire whose parents were abducted by werewolves, his village attacked and burn down. In search of his abducted parents, he joins the hunter corps. A Force created by four kingdoms to fight and hunt creatures of the night werewolves and vampires. In a battle to save his comrade, he discovers that he was a werewolf and not just any kind of werewolf. A true son of a true Alpha with his fated mate wolf calling for help to save her in his dreams. Arslan meets his fated however she is to be killed in seven days framed for killing the king for a crime she never committed. To save her he has to Fight in a tournament plan by an evil Vampire to gather souls in one place to ressurrect dracula'. To save his mate and find his parents. Arslan soon discovers his true nature as a prince and his fated enemy who was the world's number biggest enemy vampire on the quest to a demon who turned dracula which happens to be his grandmother. Arslan saves his parents after taking down the alpha on the throne and together his vampire father and his Werewolf mother and hybrid Arslan joins hands to defeat his vampire grandmother and Dracula 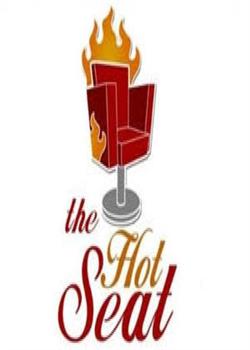 The Occurence Of The Blue Moon

Humans- Very different in their ways. There are a lot of good things, and equally a lot bad things about them. But what they fail to realize is that, there are other creatures who live on earth too. The Vampires- they are powerful beings with piercing eye sights, abnormal strength and speed. The Werewolves- they possess the ability to shed their skins and transform into wolves. They are very agile, fast and also possess great strength. But there is one problem: vampires and werewolves are mortal enemies;the reason for their enmity still remains unknown. In every millennium, there is the occurrence of "The Blue Moon". The blue moon is a very deadly weapon against both vampires and werewolves, because on each blue moon, the rays of the moon eradicate the race of the vampires and werewolves. Prophecy tells that on the night of the blue moon, the most powerful vampire and the most powerful werewolf must come together in order to save the lives of their kind. Meet Cassius, a hybrid- half vampire, half werewolf. He's the leader of a group made up of vampires and werewolves, they call themselves the 'X team'. He's a bloodthirsty maniac who is thirsty for power, blood, and also has a crazy sex drive. Meet Jessica, the most powerful werewolf, very pretty with well shaped body. She's very smart and also has the spirit of leadership. Meet Stephen, the most powerful vampire: cold, ruthless and cruel. He has an impressive speed, and he's also a master of seduction. Last but not the least, meet Amelia, a very kind and caring young girl, who wants nothing but to live happily with her parents. What happens when The Blue Moon comes knocking, threatening to eradicate their kind? Let's find out! 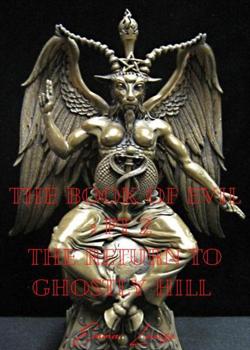 THE BOOK OF EVIL : PT 2 : THE RETURN TO GHOSTLY HILL

Five years to the day when Mark was taken by the police, Joe returns To free him from. The prison he’s been living in with one mission alone to get her souls for the devil twisting a few arms along the way to get another set of students to join an archeological dig on Ghostly Hill, but who will live to tell the tale? Rebirth Of The God Of War

The moralities and laws were all destroyed since the apocalypse came. During this time, even Hollywood celebrities, superstars, and supermodels were willing to spend a night with anyone in bed in exchange for a piece of bread. This was how horrible the situation was. But the good thing was, there were no constraints. You could do whatever you want. However, a world without order was hell. Human beings struggled to survive hunger and attacks of ferocious monsters every day. At night, I had to sleep with rotten corpses just to keep myself safe. During the day, I fought with monsters just to get a piece of cheap bread. I lived in this cruel world for twenty years, full of fear. And my agony only stopped when I was torn into pieces by a monster. Instead of feeling bad, I was even relieved. Finally, everything was over. However, I was wrong. My life didn't end there. I was able to open my eyes again, only to be shocked to find that I was in a peaceful university I went to twenty years ago. No more foul smell of blood, no rotten bodies, and no ferocious monsters. I could breathe fresh air and see energetic young men and women in front of me. Wasn't it incredible? I was joyful and excited. I didn't actually die. I was reborn and went back to the time a month before the apocalypse. Now that I was reborn, I must enjoy a month of peace and comfort. I couldn't let myself fall into despair again, so I had to be well-prepared. As a result, I didn't hesitate even to commit a crime. I found a man from a wealthy family who was about to become a supervillain. I pushed him off the cliff, took his wealth, and used it to everything I needed to set up my own base. This time, I would become the savior of mankind.