The Master of The Dragon Sect  /  Chapter 1 Released From Prison  | 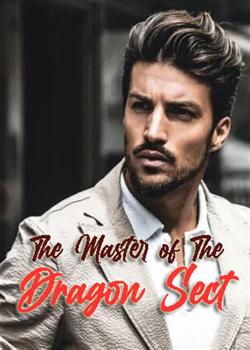 "I'm finally out," Jared Chance exclaimed as he forcefully took a deep breath of fresh air. Behind him was Horington Prison, where he had been locked up for the past three years. Today was the day he was released.

"Hmm, I wonder how my parents are doing." With a torn canvas bag on his back, Jared hurried home right away. Over the last three years, his parents never visited him. Hence, he was worried about them. On the way home, Jared kept looking at the bronze-colored ring he was wearing. There was a lifelike dragon carved on it. On top of the dragon's head was a special symbol.

The ring was given to him by Draco, a friend from prison. Draco was a strange man. He would constantly ramble on about how he was the leader of the Dragon Sect and knew everything, including astrology, geography, medicine, and many more. Not only that, he even claimed that he could bring back someone from the dead. Everyone treated Draco as a madman and ignored him accordingly. Only Jared would chat with him and share his food occasionally.

Draco would tell Jared all sorts of strange stories about the Dragon Sect and Dragon Island. These were names that Jared had never heard before. Moreover, Draco would get Jared to accompany him in his meditation and martial arts training. Given how bored Jared was in prison, he gladly went along with it. At the end of three years, Jared had learned a plethora of martial art techniques and medical skills from Draco. On the fateful day of Jared's release, Draco gave the ring to Jared and told him to go to Nameless Island within the Eastern Sea on the fifteenth of July that year.

There, he was supposed to flash his ring and someone would pick him up. When that happened, Jared would be bestowed with a wonderful opportunity. Considering how much he had learned from Draco, Jared naturally took his words seriously and promised to do as he was told. Nevertheless, there were still a few more months to go before July. Before he knew it, Jared had arrived at the entrance to his home. When he saw the dilapidated house in front of him, he felt a sense of bitterness, as he had no knowledge of how his parents held up during the three years.

'Due to my rash actions, my parents must have suffered a lot.' Thinking back to what had happened three years ago, Jared was filled with anger. Back then, he and his girlfriend, Sandy Gibson, were at the stage where they were talking about marriage. They were classmates at university and had been in a relationship for two years. One day, when he was walking Sandy back home, both of them ran into Leyton Scott, who was drunk. Leyton was a rich kid in Horington, well-known for all his misdeeds.

When he saw how pretty Sandy was, he harbored lecherous intentions against her and began touching her physically. As a famous rich kid, Leyton didn't even bother to look at Jared. Consequently, Jared was incensed when he saw his girlfriend being taken advantage of. Picking up a brick from the ground, he smashed it onto Leyton's head. One didn't need to be a genius to guess the outcome. Considering how

powerful Leyton was, he called the police, who arrested Jared.

Because of that, Jared was sentenced to three years in prison for assault. After hesitating for a long time, Jared knocked gently on the door. "Who is it?" When the door opened, a hunched-back old lady with a headful of white hair popped her head out. Reaching out one hand as if to feel something, she asked, "Who is it? Who's knocking on the door?" The old lady's eyes were closed shut. It could not be more obvious that she was blind.

Jared was stunned the moment he saw her. His eyes widened in shock while his entire body trembled slightly. He could not believe that the old, wrinkled lady was his mother, Hannah Thompson. How did Mom end up in such a state in just three years' time?

"Mom, it's me. Jared!" Jared called out emotionally as he stepped forward to support her.

"Jared? Is it really you?" As Hannah used her hands to feel Jared's face, tears could not help but roll down her cheeks.

"Mom, it's me. It's really me." Tears were also welling up in Jared's eyes. "Mom, what happened to you?" Jared was baffled as to how his previously healthy mother turned out this way after just three short years.

"Um, it's a long story. Come in first before we talk." Hannah pulled Jared into the house. Seeing how empty their decrepit house was, Jared was shocked beyond belief. Although they were not rich, his father had a steady job. Therefore, they previously led a simple yet comfortable life.

"Mom, what happened to our house?" Jared questioned in horror.

Hannah let out a sigh. "After you left…" His mother then related everything to him. After Jared was sent to prison, the Scott family didn't look past the matter. Instead, they demanded a million in compensation. Left without a choice, Jared's parents sold the house they bought for his marriage and borrowed a lot of money.

Even then, it was not enough. Finally, they had to pay the last three hundred thousand in installments. Thus, Jared's father lost his job and could only find work as a street cleaner. As for his mother, she cried all day long until she went blind. That was also the reason why his parents never visited him. While listening to his mother, Jared gradually clenched his fist as his eyes glowed with murderous intent. He had not expected the Scott family to show his family no mercy.

"Mom, did Sandy not help you at all?" Jared asked in a puzzled tone. 'Sandy and I were about to be married. Furthermore, I was jailed defending her honor. Hence, there's no way she can sit idly by and watch my parents end up in this state, can she?'

Letting out a sigh, Hannah replied, "Let's not bring that up. Not only did the Gibson family ignore us, but they also didn't even return the betrothal gift when I asked for it back. They claimed it wasn't their fault that the wedding fell through because you went to prison. That's why they refused to return it. When your dad argued with them, he was even beaten for it."

The more Hannah talked about it, the more depressed she became. In the end, her tears just would not stop.