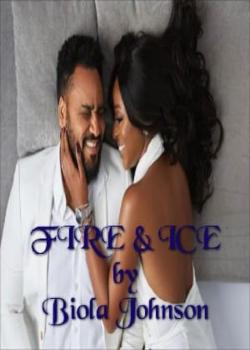 After dropping her six months old baby off at the creche not far from her home, Julianna briskly walked down to the bus stop to board a bus to her place of work. She didn't have to wait long before a bus came by and she boarded with two other passengers.

She had lost her husband when her baby was just two weeks old, he was a soldier who had been away from home on duty. He was on his way back home to visit his wife and newborn baby when he lost his life during a highway robbery attack.

He was murdered in cold blood, shot at point-blank simply because he was wearing a military uniform. He never had the chance to see his daughter whom he had named ''Abidemi" which means 'born during her father's absence.

Unknowingly, a tear silently trickled down her cheek, she missed him so very much and It hurt so bad. He never got to see his daughter, the daughter whom he had bonded with while still in the womb.

She remembered how he touched her belly and waited patiently just to feel the baby's kick. How he would lie down with his face very close to her belly and talk to his daughter.

She would always cry each time she remembered that he's never coming home to her, that she's never going to see him again in this life.

Thank God for her mother-in-law who has been like her pillar of strength, otherwise living would have been hell since she has been orphaned herself since when she was fifteen.

"Lady are you alright?" A voice asked beside her in Hausa. Not clear about what the voice said, she turned in confusion towards the elderly woman who just spoke to her and asked in the same language.

"What could be the problem?...why are you crying?"

"Crying?..." She asked in surprise, her right hand silently made its way to her face to feel the tears running down her cheek. Feeling moisture on her fingers, she quickly rummage in her bag for her handkerchief and wiped her face.

"Are you alright?..." The elderly woman asked again, she was worried about the beautiful young lady who has been staring into space with tears running down her face.

"I'm alright now, thank you very much, ma'am," she said with a weak smile, her voice barel

"May God calm your storm and give you peace and joy that surpasses whatever it is that you are going through right now. Weeping may tarry for the night, but joy comes with the morning...

No matter what you are going through right now, just tell it to God in your prayers... He cares for you, okay?" She said with affection, lightly placing her hand on Julianna's shoulder.

"Amen ma, and thank you, I appreciate your concern." She said to the elderly woman. After some minutes the bus arrived at her bus stop and she alighted with a much lighter heart, bidding the woman goodbye.

She hurried to the one-story building office premise she worked at, which was not far from the bus stop. When she arrived, she sat at her desk and started getting ready for the day's work by taking the necessary files that needed the boss's urgent attention to his desk and making coffee and tea, who knows what would be the boss's preference today?

She was recently promoted from the post of marketing manager's secretary to the general manager's secretary after just three months of joining the company. The former secretary who recently resigned had put in some good words for her after seeing her attention to detail and dedication to work, coupled with the fact that she spoke the three major languages in Nigeria, Hausa, Igbo, and Yoruba fluently.

She still needed to further her education though. Her OND certificate won't earn her enough money to take care of herself and daughter's need, she would need to visit the state Polytechnic on Saturday to make enquires about their HND part-time program.

A sudden earth-shattering explosion shook the building, followed by loud noises of people shouting and running outside. After calming her heart and getting her bearing, she made her way to the balcony on wobbling legs. Some of her colleagues were already standing there looking towards the bus stop with shock written on their faces.