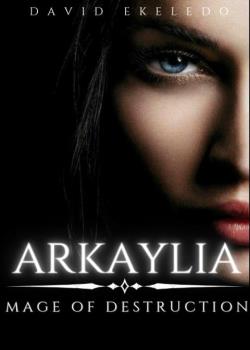 There once was an empire, a home of one of the creatures that started mystery and Legend, witches. There once WAS, until men turned legend to reality. Until their existence was no longer concealed by twilight but rather exposed by the coaxed effulgence of men.

Destructions of man made history the year witches were discovered. Upon a peaceful mass of hidden creatures, their end came upon them within a twinkle of an eye. The year, sixteen ninety three, the year the Salem Witch Trial took place.

Must have seemed as the end, but what end is given without a beginning?

They say just 'one' made it out. A single persona of the witchcraft race. Upon her, the rage of her lost ones is bestowed. Into the void of creation, she vanished, not to hide, but to get ready for war. Under her royalty, five Elders exist, elders who are to gather all possible information as they can have, information on the weakness of men

and how they can be ended. The witch exists under the shadows of her elders, her face never to be seen, until the countdown elapses, until the day of wrath befalls.

Her significance has been executed as in perpetuum and crowned as victor ludorum, one which men fear. She is a legend, preparing to devour, but what if there is another.

One whose past life has been entombed by the tales of history arises, p'rhaps his existence holds no past, at least at the given time. A human having the tales of Witches embedded in him, but all forgotten and washed away for they were embedded as his past. His visions are perhaps mankind's only hope. The thing is, his visions are not just visions...They are past, present and future merged together.

Will he be man's given savior? What tales does his vision hold to rapture? What exactly is the beginning to the tale of nightmare which rained upon the land of Witches?