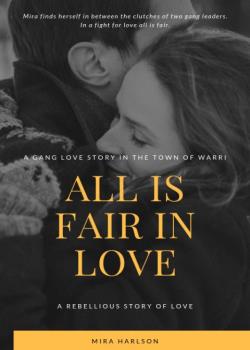 I lived in a small town and didn't have the best of life, as a matter of fact I thought my life to be the worst there was.

After highschool I had to travel. My aunt requested for help and being the older sister and only sibling of my mum. My mum could not refuse her. The help just happened to be me.

She did tell my mum that coming was for my own benefit although I hardly doubted that because the last time a person used that same line on my mother I turned out to regret going with them. Hopefully I was smarter and better now so this won't at all affect me like it did the first time.

However, my aunty said she had found a better job for me and I was excited. Working in the boutique was not exactly a lucratively job and didn't pay well. Plus it was worse for me because my boss was of the habit of owing us and only paying up until the middle of the month. That way he stopped us from leaving. No one would want to work halfway through the month and then leave when they were getting close to receiving their salary. It was a smart move coming from him but wicked all the same.

Before I left I hugged my family good bye. but of course I'll be coming to spend days with them every month. I would miss my two younger brothers but it was all for the best.

I've always thought my family to be my responsibility. Maybe it was something that came with being the first child. A kind of blessing, a Kind of curse, a little bit of both.

I went to the park alone. I did not want to stress my mum. The bus moved normally and there was nothing suspicious. I had my earpiece plugged in and Beyonce's if I were a man blasted in my ears.

I was getting inspiration to pen down a poem like I always did when I felt a little sad and lonely.

Suddenly the bus was brought to an abrupt stop. I felt the tension In the bus and pulled out my earplugs.

"Stop now!" I heard two men scream from outside the bus causing tension inside. The driver tried to move faster, "you all calm down." He urged us and we obeyed briefly. But soon the bus was shot and all calmness flew out the window. Now there was nothing but tension, wails and a good dose of fear.

"Lord save us." The woman sitting across me cried out hugging her daughter who was about the same age as me. Her daughter was sitting with me.

Everyone seemed to be with family or friend and I was with no one so I hugged my self. I wanted to call my mum too but in situations like this, I was of better use. She would only start panicking and I didn't want her to die before her time.

The bus was brought to an abrupt stop when the windscreen was hit and the driver lost control of the vehicle. Two guys burst in with guns as long as pipes and faces hard as stone.

"Speak and I shoot." One of the growled, his voice meant business. The other looked around like there was something he had kept in the bus that he wanted to retrieve.

"Hey you get out of the car." He pointed to the girl sitting with me. She nodded slowly crying, her mother held her tight, refusing to let her go. "Didn't you hear me. Get out of the car!" He growled this time. She visibly flinched shaking from head to toe.

She stood up to leave shaking and crying, her mother tried to hold her back pleading, but the man will have none of it. He hit her hard with the gun and she passed out. Her daughters screamed out and tried to fight but was restra

ined by the second man.

"I'm not here for drama. The next person will be hit by a bullet." He warned. He turned to the girl sitting in front of me. "Get out of the bus!"

He ordered. Even before he finished she got down letting go? of her younger brother whose tiny hands held her tight till she went down. In her case she was the protector.

It was then I knew what they were looking for, sex slaves.

It was too much of a coincidence that they had asked two girls who were about the same age as me to leave the bus without even asking a single guy to leave.

As if God was in my favor both men looked out of the bus and I used the opportunity to try to hide under the seat. My knees were on the ground and my head already finding it's way under when my hair was pulled back. "I saved the best for the last look at this one trying to escape. I like her what do you think."

The other man who had been pointing the gun licked his lips and smirked. "I like her too but boss has to see them first."

"He's going to give her to us anyway." The other guy laughed. He pulled me out of the car and into a van with the rest of the three girls. I was the only one not crying.

I had to organize my thoughts now and plan an escape as I knew better that this was the best time to escape if I wanted to_ now that they were only two of them. If I'm taken to the base then I may not be able to leave because then there will be more of them. More of them to try to stop me.

"You guys have to stop crying." I whispered but they both ignored me holding unto each other already finding comforts in themselves. I felt sad but I understood that they did have a lot in common. They were both scared. They were as thin and fair as I was although I was a little bit fairer and slimmer.

Ignoring the slight pain in my chest I tried to check for my phone but I just then realized that I had left it in the bus. Police here was dead when it came to gangs, white lion was law in the town. My only hope was simple let this be another gang. If they were from the white lion gang then I am gone for.

I saw a rope on the seat of the car and out of instinct and sheer desperation I picked it up and tried to strangle the driver. I put the rope around his neck and pulled on it with as much force as I could muster.

He was thrown of balance and the car moved in different directions. The other guy tried to shoot but was kicked by one of the girls the one who sat by me. The other took the gun when it fell and hit his head. The driver started losing his breath and stopped struggling.

Now with no one handling the steering wheel the car started to move fast and in different directions before it Summersaulted.

My head hit the glass window and there was a lot of smoke. I had a cut on my forehead and my arm but other than that I was fine. I quickly unlocked the door hitting the two girls in the process. We came out of the car only to find that we were in a thick bushes.

"So what do we do now." The girl who had been sitting by my side asked. She used her left hand to support her right because she was bleeding profusely on the right hand. Her breathing was hitched but she looked better than she did before.

I looked at her and exhaled. "We run and never look back because if they find us." I paused. "Well let me just say they shouldn't. I'm Marianna. You can call me Mira."

"Caroline. The other girl introduced licking blood from the side of her mouth.

We each nodded in understanding of a common goal which was to run as fast as we could.

There were no further pleasantries as the three of us started to run for our lives and away from slavery only to be caught again by some men already waiting.

This time we struggled but we were bound and brought to the base.