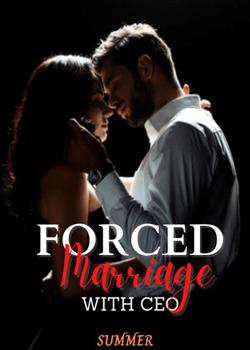 The marriage of the Monor family and Lewis family has been going on for many years, and the second son of the Monor family has been engaged to the daughter of Lewis family since she was a child. Unexpectedly, he was involved in a car accident and became disabled five years ago. The Lewis family couldn't break off the engagement and didn't want their beloved daughter to marry a disabled man. So they chose a girl, who was in urgent need of money to marry him instead of their daughter. Everyone thought that he would hate that girl but unexpectedly when she was being bullied, he came in front and shouted, “If anyone dares to bully my woman, I won’t let him off!” When she saw him standing on his legs gracefully, she was stunned, “Your legs… Your legs… Are Fine?” He smirked evilly and grabbed her into his arms, “My legs are crippled for everyone else, expect you baby…”

View More Comments on App
Latest Release: Chapter 70 Working with the Magazine   01-27 02:30
1 Chapter 1 Forced to Marry
2 Chapter 2 The Wedding
3 Chapter 3 Meeting With Her Mother
4 Chapter 4 Mocked by a Group of Ladies
5 Chapter 5 Mrs. Monor's Dignity
6 Chapter 6 Help Me Wipe My Body
7 Chapter 7 How Embarrassing!
8 Chapter 8 Let's Go Home
9 Chapter 9 The Lewis Family's Good Behaviour
10 Chapter 10 Roman Appeared
11 Chapter 11 Don't Be Arrogant
12 Chapter 12 She Made The Soup Herself
13 Chapter 13 Other than Obedience She Could Only Resist
14 Chapter 14 Meeting On The Road
15 Chapter 15 You Are My Wife
16 Chapter 16 Charity Auction
17 Chapter 17 Talk
18 Chapter 18 Amara Thinks Too Highly of Herself
19 Chapter 19 Let's Watch Their Love Together
20 Chapter 20 The Mysterious Man Behind the Scenes