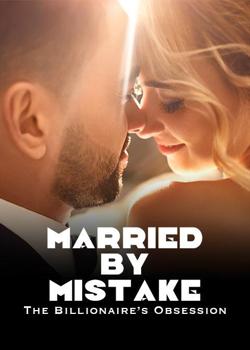 Married By Mistake: The Billionaire’s Obsession

Sharon's mother had died in giving birth to her, and soon her father remarried again and had her half-sister Kaitlyn Palmer, which thence led to Sharon live a misery life like Cinderella. Luckily, Aunt Stephanie, the maid and butler of her mother, brought her up.However, luckless person are often preferred by misfortunes. Aunt Stephanie fell ill seriously and for her treatment fees, Sharon had to marry a poor man as Kaitlyn's understudy, and kept it a secret forever. Arlando Campbell was an underappreciated bastard in his family. For completion of the task the family imposed, he was forced to marry a slut. Yet on the wedding night, he discovered his wife's secret! Will they find out each other's hidden secrets during the marriage? Would it be a perfect marriage for their combination? And will it a story of Cinderella and Prince Charming?

View More Comments on App
Latest Release: Chapter 119 Why Can't It Be Me   Today 11:23
1 Chapter 1 My Boyfriend Slept With My Sister
2 Chapter 2 A Booty Call
3 Chapter 3 You Have To Get Down On Your Knees To Take Her Measurement
4 Chapter 4 Rubbish Matches Waste
5 Chapter 5 They Were Made For Each Other
6 Chapter 6 Humiliating Herbert
7 Chapter 7 I'd Let You Be A Real Woman
8 Chapter 8 Arlando, You Are A Mad Dog
9 Chapter 9 You Keep Chastity For Herbert
10 Chapter 10 One Who Is Shameless Is Invincible
11 Chapter 11 I Accept The Wedding Dress
12 Chapter 12 Family Palmer Was Somewhat Blind
13 Chapter 13 The Assessment From Her Father
14 Chapter 14 First Day At Ali. Carr
15 Chapter 15 Sharon Was Embarrassed By Julien
16 Chapter 16 It's Your Task To Take Care Of The Family
17 Chapter 17 Promise A Condition
18 Chapter 18 Sharon, Who Dotes On Her Husband
19 Chapter 19 Nobody Can Insult My Husband!
20 Chapter 20 Arlando was jealous