Billionaires What's Mine Is Mine 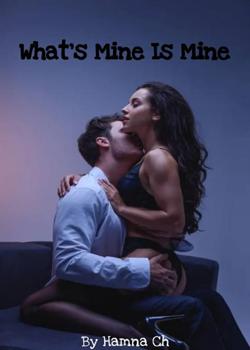 What's Mine Is Mine

All her life, Ashley Frostford, has craved only one thing: Freedom. At the age of 23, marriage was the last thing on Ashley's mind. Her only dream was to be free and independent but all her hopes were squeezed to death when she was forced to move from one suffocating cage to the other by marrying a ruthless, cold-hearted, and devilish business tycoon, Aaron Walker. He wasn't supposed to be her groom but fate was playing twisting games. Standing on the aisle in a torn, bloody bridal dress, with messed-up hair, and mascara streaks running down her cheeks, Ashley got to know three things about her soon-to-be husband. He was Cruel, Merciless, and full of Darkness. As soon as they uttered 'I do', they realized that they had just committed the biggest mistake of their lives and refused to accept their marriage. But now, there was no going back. With divorce totally out of the question, they are trapped in an intolerable, unacceptable, and dreadful marriage. The hate and despise they felt for each other were obvious but the thick sexual tension brewing between them while living in one bedroom can't be denied either. To what extent would Aaron and Ashley despise each other? Would they be able to ignore the attraction between them or would it be too much while sharing the same bed? Would they ever recognize the dark temptation and desire they had in them for each other? ======= To get your answers, grab a cup of coffee and get ready for a thrilling and soul-stirring journey of Aaron and Ashley. This will surely be an unputdownable read because it is a whole package of romance, mystery, and revenge.