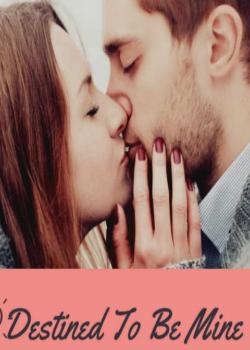 Destined To Be Mine

A girl called Luna Jones Lived with her rich billionaire father called Eric Jones and her twin sister Lucille Jones in Cape town. Their mother named Audrea Jones lost her life in a car accident as the news took the streets of New York. Luna meets a mysterious stranger whose father was known to be a famous pop star singer in New York City. She promised herself never to fall in love with a man she had just met but fate crossed paths with them as she fell heads over heels for him. A love that she never knew could ever exist became a reality for her as her dreams for finding true love became real. Things were going smoothly for the two lovebirds as they started getting closer and finding each other’s hidden secrets in their past. Unfortunately both parents didn’t approve of their love despite so many efforts, challenges and promises they made to each other as they were wedded off based on a marriage contract on fame and status. They both seek to find a way to reunite but they face many obstacles which drive them further apart from each other. Blinded by greed and fame both parents will do everything in their power to keep their status no matter what it will take even if it will include the happiness of their children. Now both hearts are completely broken and shattered with the dream of getting back together all vanishing. Luna tries everything in her power to make her dream a reality but a bridge makes it impossible for her to reach as she wanders helplessly with a hope that someday they will be together again. Asking themselves a question, were you destined to be mine? Who is this mystery man? What would happen to These lover’s? Would they be able to come back to their happily ever after? Or would fate keep them further apart from each other? Keep reading to find out.