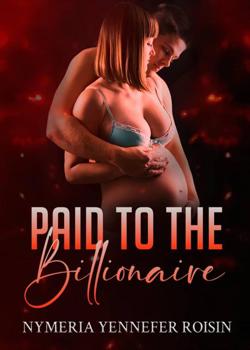 Paid to the Billionaire.

Minerva was so close to tying the knot with her long-time boyfriend Derrick when an unexpected accident fatally killed him. With only five months before she’ll give birth, she had look for various jobs that can raise her and her upcoming child until she met Darwin Gray, the CEO of the biggest company in their city and happens to be Derrick’s half-brother. She was skeptical at first to live with him until Darwin revealed that Derrick actually sold her to him in order to finance Derrick’s gambling lifestyle. Minerva was absolutely heartbroken and was left with no choice than to be his Mrs. Gray. But, as the winds of fate change, Minerva will soon realize that one must never judge a book by its cover—that despite Darwin’s ruthless appearance lies a heart that has long been yearning for a one true love.