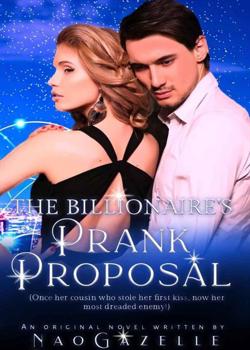 Eva Clay, 26 yrs old President of X-Pression. Co, the biggest Clothing Factory in Texas, found it strange that her father handed over the company to her, at his death bed 5 years ago, after solemnly warning her to keep her grandfather away from the company’s affairs. Neither did she understand the secrets behind the disownment of her father from the prominent McCauley family. All of a sudden, her fiancé to be takes over X-Pression. Co by force, right after she found him cheating on her, and her grandfather threatens to snatch all her shares, ruining all her father labored for. With the company slipping away from her control and her emotions in shambles, Eva is in a deep dilemma until she meets latest Tech Billionaire, Henry McCauley- her cousin who disappeared 13 years ago after stealing her first kiss. He offers to solve her problems in exchange for accepting to be his fake fiancé. All her suppressed feelings for Henry suddenly returning with full force, will Eva accept a fake marriage proposal with the man that turned the McCauley family against her Dad? Or would she rather vow to go down, holding unto her father’s legacy?