Genre Charts
Search
Get the APP hot
Reading History
Romance Hate Me If You Can. 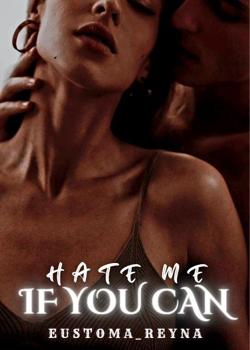 Hate Me If You Can.

There's nowhere else he’d rather be but to be with her... (Warning: This novel has mature-r18 content) Raven lost her parents at a very young age and ended up living under the protection of the Chois, a family friend. However, the only son and heir of the Choi was dead set in not letting her become a legal member of the Choi as his sister. Yet, she still did everything so he could accept her as his sister. Jordan was the only heir of the Choi Empire. No one could deceive him and he allowed no one or any circumstances to snatch what he worked hard for, and that was how he took the Choi Empire, his father's hard work, to a new height. However, things messed up when his father suddenly threatened him he would be disinherited if he did not get married and give him a grandchild, or all the rights to the Choi's Empire would be transferred to Raven Lee. Thus, he offered Raven a contract to be a legal member of the Choi Family… not as his sister but as his wife! ********* Excerpt: "I will help you out with marriage. However, I have conditions you will have to meet…” 'No consummation of marriage?' Jordan wanted to laugh and frown at the same time while reading one of Raven's conditions. 'Is she kidding me?' he mused with a smirk. Consummation of marriage was definitely a top priority on his list.