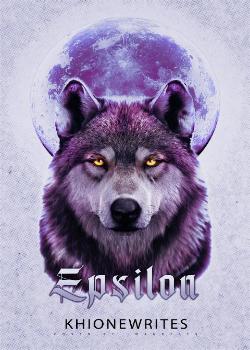 Fierce. Rare. Epsilon. Words very foreign to Kyra until one fateful night. After sneaking out of her strict household to attend a party, Kyra finds herself victim to a wolfish beast with ruby-red eyes and matted fur. Bitten and riddled with strange symptoms, Kyra can no longer deny that something is amiss. Marked as an Epsilon, one of the rarest werewolf types, Kyra is thrown into a world of fangs and claws as she is taken in by one of the ruling wolf courts. As she trains alongside the pack, she falls under the compelling spell of the pack's alpha, Azriel. He believes she has a power like no other; one which could reinstate their measly territory to its former glory -- if only she finds the strength to master her untamed gift. But as Kyra unlocks more of her potential and falls further for the pack's alpha, she will make a dark and dangerous discovery that could threaten the balance of power between the territories -- destroying the werewolf world as they know it. Will Kyra turn the tides before it's too late, or will she fall victim to the ancient curse that has plagued the werewolf race for millennium?