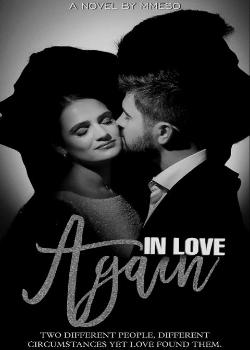 Two people, different circumstances yet love found them! Losing his wife turned his heart dark, turned him an alien to love and he swore to never love again, remain celibate and only care about his two daughters the remaining days of his life. Getting pregnant for a man that loved other women but her rendered her almost never wanted by another man because of her child but no matter what, Tessa would never have anything to do with a man that wouldn't want her child. And when Eric finally came to accept only her child but not her, she thought she could venture into marriage for the sake of her son who always craved for a father figure but deep down she wanted more. She craved to be loved and she wanted to love but that is not the same with Eric. But when love came knocking in their hearts, not even aunty Stella, the one that disliked Tessa, not even Eric's past could stop their love. The flame became unquenchable! Though it had seemed impossible and in fact never considered, Tessa and Eric found love with each other again!