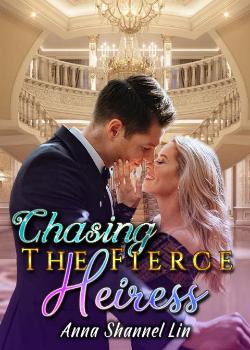 He stole her first kiss on their first encounter, and she accused him of being perverted and arrogant. Her straightforward personality hooked his interest despite the danger ahead. He announced a surrogacy competition to draw her towards him. She left no option but to join the competition only to find out he’s the same person she gave a great lesson he’d never forget. Trapped to the trick played by this ruthless billionaire, she played along with his game and became his wife. His dark secrets gradually unfold, destroying and drowning them into the deep abyss. He suddenly disappeared from her life, but another stranger came in. She could feel his warmth, and they kissed. Warm tears began to roll down from her eyes, soaking the white cloth over them. When he felt her heat tears, he panicked instantly. He did not know why, but he did not want to see her cry. “Darling, don’t cry...” He let go of her, his fingers gently touching her hair. “I won’t touch you, I won’t touch you anymore, okay?” She cried more violently, and she said in a choked voice, “Don’t talk!” “... Why?” He was a bit stunned. Gently biting her lip, she could not help saying, “When, when you talk, you sound like him very much...” He’s so gentle and dotes on her. When he spoke, she even felt that it was not another person, but her husband Joshua stood next to her. Even the way he kissed her was so similar... It was not until this moment that Hazel realized how much she missed Joshua. Without him accompanying her, every day of waiting was such a difficult time for her. She was not afraid of waiting. Even if she had to wait for a long time, she would cherish it. But she was scared that she could never see his figure anymore, even if she had waited for him all her life. Would she find out the truth that lies behind this strange person? Would she forgive if she knew how he played a perfect game called- LOVE and REVENGE!