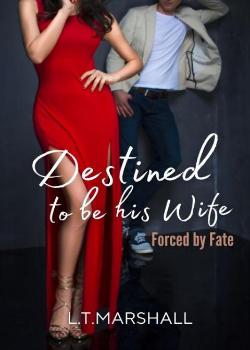 Destined To Be His Wife

TangShi is a girl without much luck in the world. Despised by her father after her mother died giving birth to her, she has grown up in a cold and unloving environment and hated by her stepmother. Blamed for things she could never control and treated as an outcast by her own blood. Forced to come home after finally escaping to school on a self achieved scholarship abroad, she is promised to the son of the Leng family. To create a beneficial business alliance to further her own father's greed in the corporate world. Only YuZhi Leng is as unwilling as she is, with a girlfriend already in place that he adores and no desire to honor the contract put in place - to produce an heir in the first year of marriage and solidify the two families union. TangShi must bear living as a third wheel in this unwanted life and accept or be thrown aside by her family. Until upon meeting, she realizes that YuZhi may not be the stranger to her she thought he was and recognizes him on sight. Could he be the man she met eight years ago at a masked ball, who swept her off her feet and made her feel alive, and yet left her heartbroken that fateful night? A rollercoaster of a marriage is about to be embarked upon.