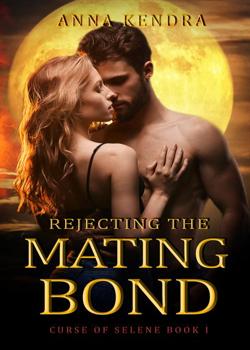 Flora Argentine is ReedStone pack’s little loner and glad to be so. Everyone ignores her existence but not because she’s some glasses bearing, baggy clothes wearing nerd, but because her elder brother is the beta of the pack and no one wants to be involved with her. But Flora is perfectly fine with everyone avoiding her as she makes her way towards her last year at the university and leads a simple life without any complications or hardships...or does she? Clay Scotsman is the most popular guy in town and the ladies love him, which isn’t a problem since he loves them right back. The future Alpha of the pack, he has the looks of a Greek God and is a smooth talking charmer who always gets what he wants...except for Flora Argentine. He’s been obsessed with Flora for a very long time, but he dismisses it as simple physical attraction until one day he decides to hell with it and comes after Flora with all the charm he can master. But once he’s had a taste of her, he finds it nearly impossible to let her go. But Clay and Flora both know that they’re not mates and are dreading the day of Clay’s 28th birthday when he ultimately finds his mate. Is he going to leave her forever for a bond decided upon by the Gods? Or is he going to reject his mate to be with the girl he loves more than life itself? And what will happen when Clay’s mate claims him as hers? This is book 1 in the Curse of Selene Duology. The next one, book 2 is called Healing the Rogue Alpha.