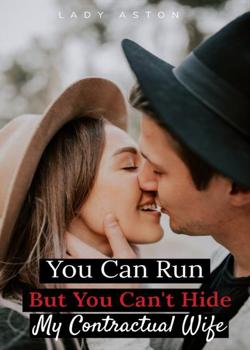 You Can Run But You Can't Hide My Contractual Wife

"Let me borrow your husband for one night and I spare your dad's life." Trishia Meyer, the only daughter of Senator Meyer demanded. Arabella Jones was dumbfounded. She had to make a choice. To save her father's company, Arabella had agreed to marry the evil billionaire, Bill Sky. She dared to kiss him to show off her ex-boyfriend that night but she never expected the kiss would deepen and he didn’t want to let go. That night was just a mistake but they were bound to meet again. They agreed to sign a non-disclosure contract and they swore not to love each other. Sacrificing herself to be with the domineering cold man and turning a blind eye to his sexual affairs with other women were just some of the things she needed to endure everyday. Marriage with no love. Now that she conceived his baby, he wanted it to be aborted instantly. She thought that the baby inside her tummy would bring them closer together but he accused her in deceiving him. He looked at her as a two-timer and the worst gold digger. Arabella Jones then made a promise to herself that she would do everything to live a happy life with her baby far away from him. Little did she know, it's not for her to decide, that if the billionaire's wrath would allow her.