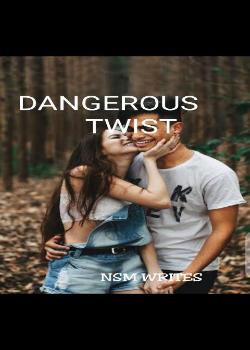 Getting married wasn't the problem but getting fixed with someone you can't imagine being with in the future was the main problem. The Carson's and the Benson's made an agreement to join their children matrimonially to keep their long term relationship and partnership sealed. Mikky Carson the only child and heir to the Carson's who is supposedly to be wedded with Anita the only child of the Benson's. Mikky found this sudden arrangement totally awkward and not quite called for . But he has to do it so as not to ruin the long term partnership with the Benson's who had been of a great help to the Carson's. On the other hand, Anita the only child of the Benson's finds this sudden arrangement as a dream come true. She had always wanted something more intimate than friendship with mikky whom she would do anything to be in his arms. Meet Gracia Santos. The daughter of the personal cleaner of the Carson's at their company. Mrs Santos who happens to be Gracia's mom was given the opportunity to work as a private cleaner at the inner room of the Carson's company. The pay was pretty good and would do for her and her only daughter as a single parent. What happens when Gracia takes a day off at her work place to assist her mother in cleaning the room for the Carson's board meeting. Only to coincidentally meet Mikky Carson who finds her interesting and suddenly wanted to mingle. Things led to one situation to another as mikky and Gracia finds themselves falling deeply in love with each other which led mikky to calling off his engagement with Anita.