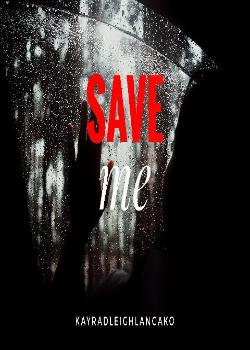 Athena Delos Reyes is a nineteen year old lady born in a poor family. At the age of 11, she witnessed how a disease ended up her mother's life. This young girl's biggest desire is to break free from the bondage of poverty. Consequently, as an eldest sister finding a decent job is one of her priorities. Aside from that, since she has a younger sister who's seeking for a mother's love. Athena's responsibility has doubled. Life has been tough for her. It was a sunny afternoon when she met the love of her life - Elijah Samaniego. The supposed to be accident turned out to be the start of their love story. The ambitious young lady thinks that maybe Elijah is the answer to her cries. For at a glance you can say that he's well-off and kind person.So, without thinking Athena kissed him. Coincidentally, the 24 year old man is working as a professor at the University. The funny thing is he's the advisor of Athena's class. Although, they met in a very short period of time the two seems to like each other. Therefore, Elijah pursue Athena although a student - professor romantic relationship is forbidden. At first, she's hesitating but thinking about how wealthy Elijah is, she finally said yes. In her mind maybe this is the saving that she's been waiting for. Athena is like living above the clouds ever since they became in a relationship. However, there's still one left unsatisfied. She doesn't know anything abot her lover. Five years have passed but the man is still secretive about his whole existence. Therefore, Athena decided to conduct an investigation. Without the knowledge of anyone even her bestfriend - Bobble or Bobby. What will be her discovery? Is it a skeleton in a closet or a roses? However, the most important question that must be answer - Is she really saved?