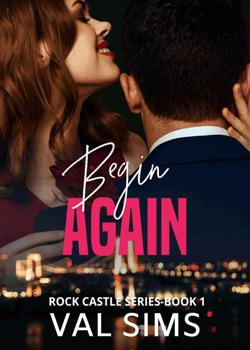 Eden McBride spent her whole life colouring within the lines. But when her fiancé dumps her one month before their wedding, Eden is done following the rules. A hot rebound is just what the doctor recommends for her broken heart. No, not really. But it's what Eden needs. Liam Anderson, the heir to the biggest logistics company in Rock Union, is the perfect rebound guy. Dubbed the Three Months Prince by the tabloids because he's never with the same girl longer than three months, Liam's had his fair share of one night stands and doesn't expect Eden to be anything more than a hookup. When he wakes up and finds her gone along with his favourite denim shirt, Liam is irritated, but oddly intrigued. No woman has ever left his bed willingly or stole from him. Eden has done both. He needs to find her and make her account. But in a city with more than five million people, finding one person is as impossible as winning the lottery, until fate brings them together again two years later. Eden is no longer the naive girl she was when she jumped into Liam's bed; she now has a secret to protect at all costs. Liam is determined to get everything Eden stole from him, and it's not just his shirt. © 2020-2021 Val Sims. All rights reserved. No part of this novel may be reproduced, distributed, or transmitted in any form or by any means, including photocopying, recording, or other electronic or mechanical methods, without the prior written permission of the author and publishers.