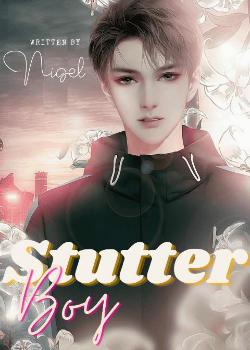 Michael Nate Clark has always been identified as the stutter boy. His school life until highschool was not bad. No one ever bullied him as all were afraid of Alex, his older brother, who won't hesitate to go to any extent for his baby brother. Nate lived under Alex's shadow, his entire life until Alex got killed in a car accident which came like a heavy blow on Nate. Nate's stutter worsened after Alex's death. His first two years in high school was a disaster where he was constantly bullied and made fun of. Now Nate is about to have a fresh start as he got admission into a highly reputed bording school in Texas with scholarship. He has some hope that people in this new school would leave him alone and and he can finally have a prosperous school life. But he is wrong as he happens to stare at Ethan Vance, a guy from his Calculus class, who looks alike his late brother Alex. Ethan turns out to be a bully and starts bullying Nate along with the rest of the jocks. But does Ethan really like to bully Nate or is he doing it to keep his place in the popular crowd ? What happens when Ethan and Nate has to share a dorm room ? Can Ethan keep on bullying Nate ? Follow Nate and Ethan as they explore feelings they never thought they'd get to experience and maybe even more than that