Modern Secrets Of The Famiglia Series Book 2 - Union Of Death 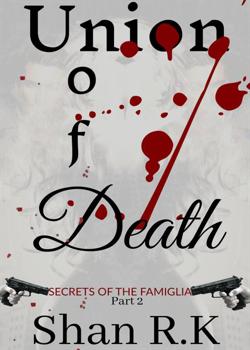 Secrets Of The Famiglia Series Book 2 - Union Of Death

"Emotions make a man do crazy things. But a woman is a demon without it." Marco used me and hurt me, the day he left me in a crumpled mess on the floor. I convinced myself he hated me, that he is nothing but a distant dream I once wanted.  Now, I am in his home and he is looking at me like I am more than just a Mezzosangue, and I am staring at him like he is the enemy because he is.  He wants to kill my friend, but I will not let that happen. Our cards are out, and I am a Queen with aces. I called his bluff and he played his hand too early, now it's my turn. Only Marco Catelli doesn't believe in fair play and I am done losing.  The story follows Aliyana Capello and Marco Catelli's life and the events leading them to the alter. Part 2 in the Suspenseful Romantic trilogy continues, when Aliyana and Marco come head to head.  Sometimes duty and honor have no chance when loyalty is involved.