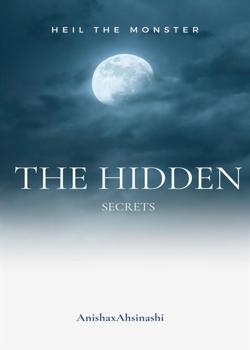 "I can't leave you when you are bearing my baby." He whispered, afraid of scaring me; his gaze solely on my flat tummy. "Baby?" I was stunned and speechless. Fresh drops of tears started to pool down through my already wet cheeks. If it had happened any other day, I would have been happy but now... You can't decide your fate, it will follow you up wherever you go until you die. Two people are destined to love each other but they are from different worlds, completely opposite. Reil Rahan, a scientist student gone for research in Chennai, the most famous city in India, to prove there is nothing about the Heil named monster who hunts the whole people down if it lost its mind. The most genius scientist Mr. Hayle Stone says it's an animal whose body is covered with human flesh. He warned her already to stay out of this when she shows some interest in this case. She wants to prove these are just a lie nothing but the scientists made mistakes over a years and spread rumors to keep their reputation at bay using the monster name 'Heil.' Her father is a famous scientist who is no more with her in the world. She followed her father's path and tried to find out the hidden misery. But one thing she doesn't know is how the animal looks like, whether it is a human or human-shaped animal like they said? Whatever, but she is so adamant to prove they all are wrong. She and the group of her friends gone together to research further. Will they succeed or lost their lives not taking Mr. Hayle Stone's words seriously? Or will she be able to save her friends? But how?