Sci-fi Tattoo on her Face 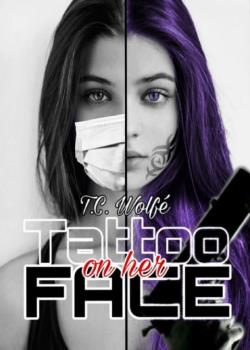 Tattoo on her Face

Isla: A missing child who had been presumed dead for several years. Is she, however, truly dead? Tricia: An heiress and the daughter of a powerful Empire businessman. Was that life, however, truly meant for her? Violet: An Assassin’s Guild Founder and the reigning Queen of the Underground City. Is she, however, worthy of that title? All three distinct identities converge on a single fate. What if the enigmatic cold assassin and mafia heir named Seth happens to cross her path? Will Seth be able to figure out what she's trying to hide? Or will she reveal herself alongside him? Upon her sister’s death, she blamed herself for it. That she changed her identity in order to start a new life. She worked so hard to earn what she had right now. She became strong, powerful, feared, and respected. After many years have passed. What if a ghost from her past comes back to haunt her? What if the things she ought to believe isn't what they really are? Will she be able to deal with it? What if the people she's grown to love and care for have secrets of their own? Will she be able to accept it? Will it get easier for her in the long run? Or else fate will make things even more difficult for her. She had always wished to live a normal life, but that wish seemed to exist only in her imagination. For she is, after all, the girl with the TATTOO ON HER FACE.