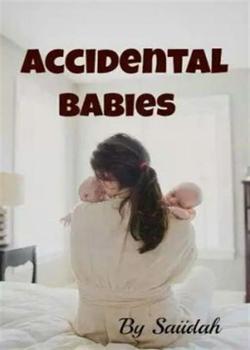 [Announcement: As per the author's request, this book will be taken down on April 28th, 2019.] Jason Halloway had a hard time finding a nanny for his recently acquired 9 month old twins, Daphne and Tanner.They hated all of their previous nannies and drove them away.However, maybe they didn't need his help to find their nanny? Maybe they could find her all on their own. April Saunders couldn't believe picking up two wandering babies would bring her face-to-face with Jason Halloway, the business magnate of Chicago.He was the hardest to reach man in the city and he was personally giving her a job.As a nanny. She was less thrilled with the prospect. Not because she thought it was a lowly position but because she had no skills or idea on how to take care of toddlers. However, Jason was unmoving and she took the position. With April trying her best to nurture the twins and Jason wanting to be in every part of the twins' life, how will their relationship go?Will it be 'familiarity breeds contempt'?Or will it be 'love conquers all'? Accidental Series #1 Accidental Roommate (new version) #2 Accidental Babies (completed) #3 Accidental Pregnancy (ongoing)